The king of multiplayer FPS games -- now on Android 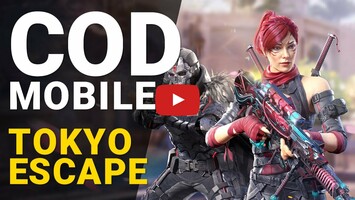 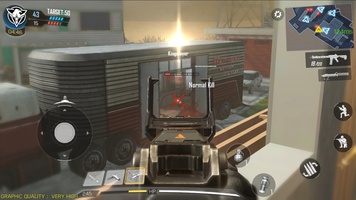 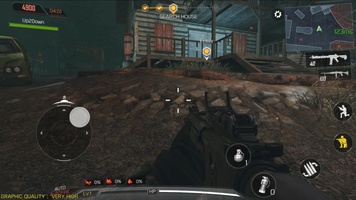 Advertisement
Call of Duty Mobile (also known as Legends of War) is the first installment of the 'Call of Duty' saga that attempts to transfer the PC and game console gaming experience to Android smartphones. In other words, just like Modern Warfare or Black Ops, this is a multiplayer FPS in every sense of the word.

Controls in Call of Duty Mobile of War are perfectly adapted to touchscreen devices. Use your left thumb to control your character's movements and your right thumb to aim. Double-tapping on the right side of the screen gives you access to a viewpoint system to check your scope. And, just like in many other Android games, your weapon shoots automatically.

Call of Duty Mobile of War includes two main game modes: 'zombies' and 'multiplayer'. Both are popular modes of the franchise as they challenge you to face other online players, as well as collaborate with them hand in hand to take down the undead. Nuketown, Hijacked or Killhouse are just a few of the most popular maps there for you to enjoy.

Call of Duty Mobile of War is an outstanding game that offers you a multiplayer FPS experience for Android. The game also includes extraordinary visuals, a bunch of maps and weapons and the charisma that's become so popular of the Call of Duty franchise.
By Andrés López
Call of Duty: Legends of War is out now on Android

After constant leaks from the different closed beta phases held in Asian countries, we finally have the chance to try out the long-awaited Call of Duty: Legends of War for ourselves. It's the newest installment in the saga, exclusively for mobile devices that's been developed by Tencent (specifically their TiMi studio, creators of one of the two existing PUBG Mobile games) under the sponsorship of Activision.
See more

Pleas Can Someone Help Me Get Cod On My P40 Lite, If I Download It Here And I Have The Oprah App On My Phone Will It Work

a shit stays at 92% and does not advance

howcan i play this in huawei it doesn't work anymore

Similar to Call of Duty: Mobile